Heaven Grown, Sustainably Made Hempcrete for all – By Sharon Letts 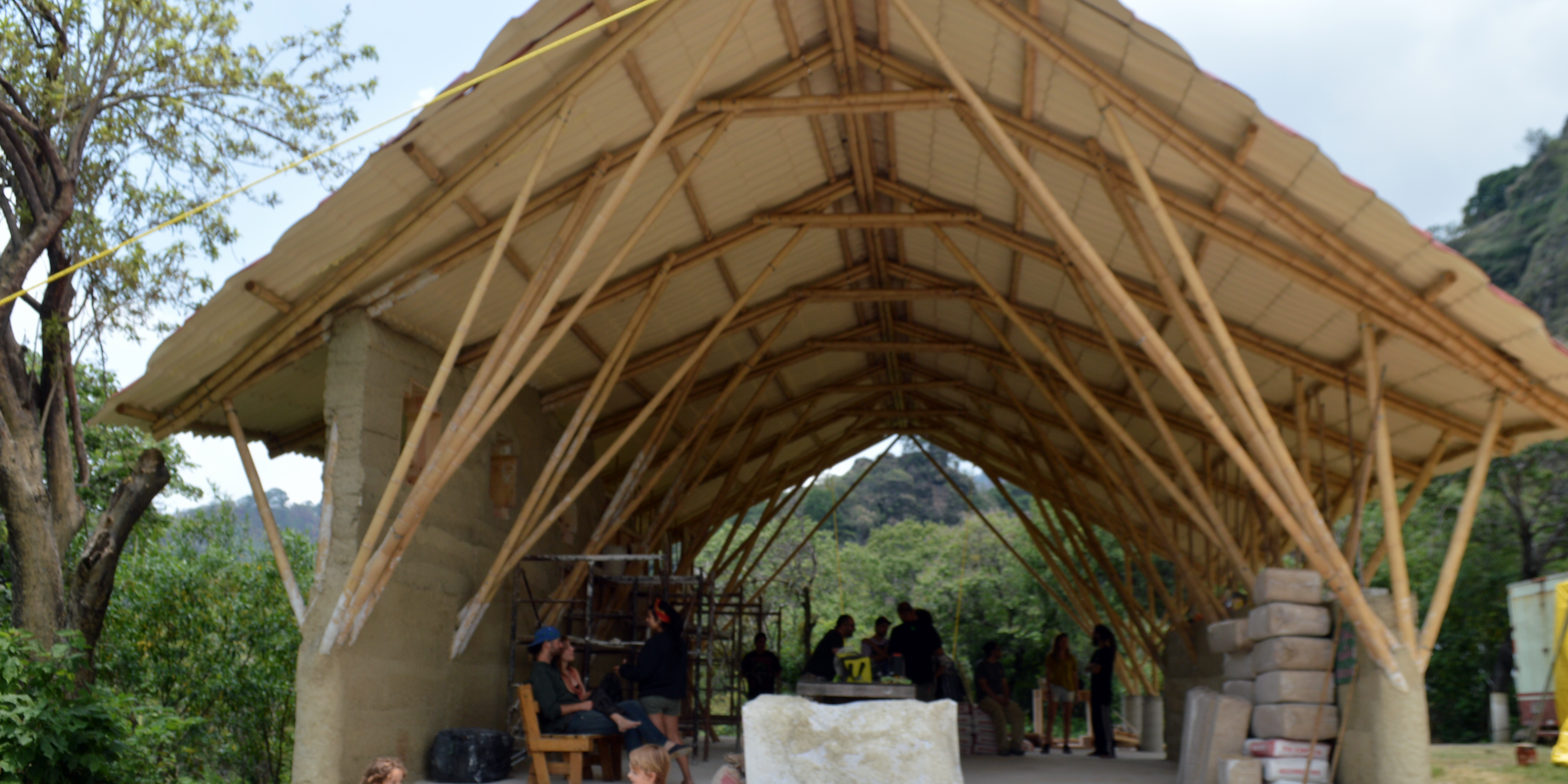 Since 2011 Heaven Grown has been building simple shelters out of hemp fibers mixed with a simple recipe of lime and water. The process is inexpensive and fast, enabling the crew to build a structure in a matter of days.

“We have 13 years’ experience, accumulatively, working with renewable energy systems, and have looked at many ways to for optimizing energy efficiency in the architectural and building space,” Clarke said from his home in Mexico City. “When we heard of the amazing benefits hempcrete has – not only on the thermal side, but the sustainability for the planet – that’s when we decided this would be our flagship material to create a 100 percent sustainable building.”

The organization added the equally sustainable material of bamboo during its first-ever combined build of hempcrete and bamboo for a community complex deep in the woods an hour outside of Mexico City.

“The energy savings are huge,” Clarke added. “With walls measuring in at 16 inches, we are able to eliminate the use of heating or cooling in certain builds. It’s a very light weight material, thus transport and installation costs are much lower – actually, almost 65 percent less.”

Clarke said that once the U.S. crops are plentiful prices should drop drastically, allowing for more use of the material.

According to Hemp History Week (wwwhemphistoryweed.com), hemp was the world’s largest cash crop until demonized in the 1940s for looking like its psychoactive counterpart, cannabis.

More than 2,500 products were once made with the plant that has proven to be disease and drought resistant, with fibers stronger than linen or cotton; including ship rigging and sails, canvas on covered wagons, to “nutrient-dense seed oil.”

The site goes on to state, industrial hemp was grown in the U.S. since the first European settlers arrived in the early 1600s.  In fact, the Declaration of Independence could have been drafted on hemp paper grown on Thomas Jefferson, George Washington, or John Adams farms.

Thomas Jefferson has been widely quoted as saying, “Some of my finest hours have been spent on my back veranda, smoking hemp,” though the web site for his former home, Monticello, states no such writing could be found.

Heaven Grown has become a sort of hemp Habitat for Humanity, constructing small hemp houses for low income people in Mexico, but they also build the occasional private structure for the greater good, such as the hemp bamboo build an hour outside of Mexico City.

“This is a sacred area and the 15 families who will eventually live in this cooperative community will live here sustainably,” Clarke said of the compound located near the magical town of Tepoztlan. “This build was done in days and took many volunteers coming together.”

The large structure, that will be the community workshop for both creative and structural building projects within the community, has the appearance of an ark, and Clarke said because of the resilience of the hempcrete and the bamboo together, it will ebb and flow in the often harsh jungle storms common in the region.

“A common belief is that hempcrete is stronger than concrete,” Clarke continued. “It’s actually more resilient, and won’t break up as with traditional concrete structures that don’t have a chance in say, an earthquake.”

With misinformation righted where hemp is concerned, the future looks bright as far as a more sustainable option in building. Heaven Grown aims to make sure they are a part of the new history of hemp globally, and the green future of health and happiness with plants in mind.

“We are excited about the future,” Clarke surmised. “We are partnering up with many entities in the cannabis space in the U.S. and hope to build small projects as examples of what this material can do, while showing everyone how easy it is to use.”