Can Hemp Save the Environment? 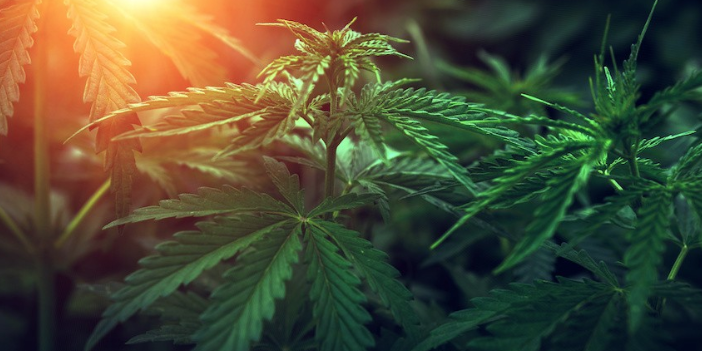 After over a century of irresponsible treatment of our environment – our planet – humanity is in need of a quick solution. And hemp may just be one of the pieces to this giant puzzle.

Back in the 1930s, marijuana was criminalized as a dangerous substance that caused violent behaviors and had a high potential for addiction. When this happened, hemp was criminalized all the same even though it causes absolutely no psychoactive effects.

But what was most certainly common knowledge was all the different uses hemp had. This plant is one of the most versatile found in the wilderness and can be used for 20,000 different necessities, from food to rope to clothing.

In the last two decades, hemp has become a mainstream topic of discussion again. People have finally woken up to the ridiculousness of having such a robust plant be criminalized. And maybe they’ve done so just at the right time.

Our environment is potentially suffering from its pollution peak due to human activity. If we continue going dumping trash into the ocean, planting chemicals into the ground, and polluting the air we breathe, there’s no telling how much longer we can maintain.

A number of efforts have been made to reduce these problems. But due to a lack of education, only so many people are aware of how much of a positive impact hemp can have on our environment.

The purpose of this article is to provide that education. We’re going to take a deeper look at the ways hemp can be used for human necessities and how this can have a positive impact on our environment.

Without a doubt, one of the biggest issues our environment faces is the escalated use of plastic. Especially, single-use plastic, such as grocery bags and bottles.

Though all these materials can be recycled and reused, too many plastic products end up in the trash can or, even worse, in our environment. As is common knowledge, plastic just takes way too long to decompose. To give you an idea:

To make things worse, the way plastic biodegrades is destructive in itself. When organic material decomposes, it’s modified by bacteria into useful compounds, such as soil. But bacteria, for the most part, completely ignore plastic.²

We say “for the most part” because there are certain types of bacteria that will eat away at plastic. However, most plastic is broken down by something known as photodegradation. This means the decomposition process is caused by the sun, not bacteria. Over time, as the sun rays strike plastic material, it goes from being big to a bunch of tiny pieces.³

This is where the real issues lie. Marine animals are most vulnerable as they’re prone to accidentally swallowing tons of these tiny pieces. Yet, this also makes us vulnerable for we consume a great deal of marine life.

Ultimately, plastic’s long lifespan is a problem we face along with dozens of generations to come. That is unless we replace current plastics with hemp plastics.

It may surprise you to hear that, yes, hemp can be turned into plastic. And it’s pretty damn durable too. Furthermore, it’s lightweight, easier for someone to carry, and can even absorb carbon dioxide.

To ask our society to suddenly give up plastic for the sake of the environment is unfortunately impossible. To suggest society to replace the plastic they use for plastic with a much shorter lifespan… there’s really no reason it shouldn’t be done.

Going along with farming, another commodity that’s had its fair share of negative impact on the environment is cotton. However, we can’t blame cotton as much as the people planting it.

Since cotton is in such high demand for clothing material, farmers naturally try to make the most of each yield. And, in order to do so, they’ve sprayed each plant with pesticides, herbicides, and fungicides. In effect, these chemicals have left their imprint in large chunks of the earth and made so toxic, people and wildlife can contract diseases by just spending too much time on it.⁵

We’re in need of a solution that doesn’t require these chemicals and, at the same time, can get rid of these chemicals. Amazingly, hemp is this solution.

Hemp has the ability to absorb whatever’s in the soil it’s planted in, including toxic chemicals. With the right techniques and enough time, we can actually use hemp to significantly decrease the soil pollution we’ve already caused.⁶

Not to mention, hemp’s absorption ability can also be a way to clean up polluted waters.

To take this all a step further, clothing made from hemp material is actually better for the human body. Hemp clothing allows the skin to breathe easier, is more durable than other textures (such as cotton and linen), and aids in the regulation of the body’s natural temperature.

Hemp Can Build Our Homes

In recent years, there’s been a strong demand for more eco-friendly homes as a way of reversing the negative impact human activity has had on the environment. One material many people building these homes are looking towards is hemp. And for good reason.

By mixing hemp with lime, you get a material known as hempcrete. This has a number of uses in and of itself but has mainly been implemented as a way to insulate homes. This is ideal for eco-friendly home builders as it actually holds in carbon dioxide rather than releasing it into the environment.⁷

Furthermore, hempcrete hardens over time, making it stronger and more durable. This was found in a North Carolina house where hempcrete was the prime material used.⁸

Is Hemp the Solution?

As mentioned above, the damage already done (and continues to be done) to our environment is a very complex puzzle that’s going to require A LOT of answers. However, there’s no denying that hemp can be many of these answers.

The plant has over 20,000 different known uses, making it one of the most adaptable and versatile plants in the natural world.

Hemp can be an answer if we make it one. Though it might not be able to solve all our environmental problems, it has the ability to go beyond what other resources can do all while providing humanity with its many necessities.