Cannabinoids and the Endocannabinoids System A Billion Years of Coincidence 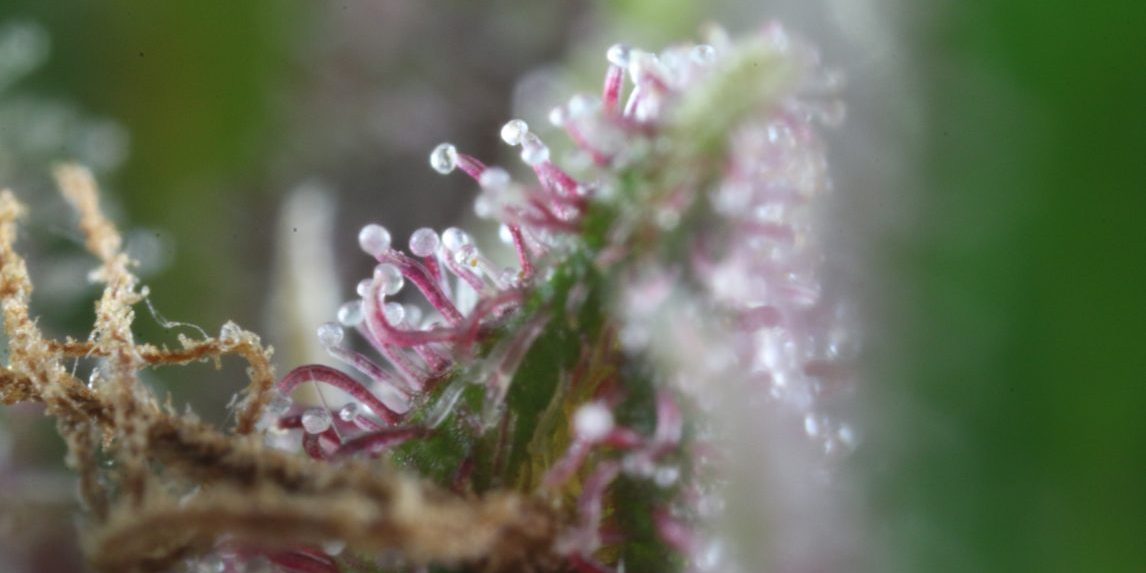 “By using a plant that has been around for thousands of years, we discovered a new physiological system of immense importance,”

Cannabis is the third most commonly used drug in the world, following tobacco and alcohol. Cannabis has a powerful effect on the human mind and body and it was one of the first plants domesticated by humans around 10,000 BC[1] as a source of food, fiber and medicine. It is unlike any other in the plant kingdom. Our ancestors were wise to the properties and general benefits of the plant since primeval times, yet Cannabis has been used by humanity for so long that early prehistoric migrations make it impossible to conclusively define its birthplace[2].

This specific plant offers humanity the most amazing and unique array of therapeutic and psychoactive compounds found on Earth: the Cannabinoids. These terpenes compounds could be labeled as having been custom tailored by earth’s plant-life evolution.

The existence of the Cannabis plant and its resin properties would not amount to much if we did not have the receptors system to process those cannabinoids.

Darwin’s Theory of Evolution and the planet-rich fossil records indicate that all life started in the ocean as single-cell organisms billion of years ago, and that around 600 million years ago more complex multicellular forms of life appeared. The ancestor of all floras emerged first on the soil of the planet, around 450 million years ago, with the ability to photosynthesize and produce the usable carbon mandatory to the development of bodies made of many cells and the further migrations from the ocean to vertebrate life forms. The first dinosaurs appeared 200 million years later, the first primates 60 million years ago and our most distant ancestors a mere 7 million years in the past.

The time frame and complexity required for the formation and evolution of life, from the first unicellular organism to the complexity and diversity of all the species alive on the planet today, is difficult to fathom. Interestingly, the probabilities for any single species, vegetal or animal, to be born from such a far distant unicellular ancestor and survive the chaos of creation are in the billion to one ratio; challenging for a human brain to grasp in its immensity.

The likelihood for any type of receptor system to be born before its “trigger” would therefore be incalculably smaller but we find nonetheless an endocannabinoids system in our body that was created billion of years before the appearance of any floras on the planet and the potential birth of the only plant producing the precise terpenes compounds which can activate its receptors.

Professor of Physiology and Neuroscience Maurice Elphick of Queen Mary University of London, who discovered the first cannabinoid receptor gene in an invertebrate, came to the conclusion that stretches the time frame of the creation of our endocannabinoids system from 600 million years in the past[3] to the very beginning of life; “the ability of cells to synthesize molecules that are categorized as “endocannabinoids” in mammals is an evolutionarily ancient phenomenon that may date back to the unicellular common ancestor of animals and plants”[4].

The creation of a receptor system that originated within the first living organism on Earth, became central to the complex cellular system that is the human body, and which needs a plant with unique properties to trigger the “reception”, is an incredible threefold co-evolutionary coincidence, almost miraculous in its nature.
First there is the making of the endocannabinoids system in the original single-celled organisms, second the development of the plant, and finally the appearance of the “host” to the system, the human body.

I personally was very humbled in the most positive sense when I learned the facts; “getting high” has taken a new dimension when you realize that an “Earth life-creating power/process”, in place of a better phrase, is behind the whole experience. I can only assume you will also be changed deeply by gaining this knowledge.

The endocannabinoids and their receptors are found all through our body: in our immune and nervous systems, in our brain and all our body’s organs. They are today considered vital to human physical and mental health and regulate all body systems homeostatically at the molecular level.

The endocannabinoid system also controls cell fate/survival. Cannabinoids can interfere with the action of some growth factors.

“Cannabinoids are proving to be unique based on their targeted action on cells and their ability to spare normal cells”[6].

“By using a plant that has been around for thousands of years, we discovered a new physiological system of immense importance,” says Professor Raphael Mechoulam[7]; since his discovery of the endogenous cannabinoid neurotransmitter anandamide in 1992, more than 3,500 scientific reports have explored the principal characteristics of the endocannabinoid system.

There were more advances in neuroscience during the 1990s than in all the previous years of study combined due to the first cloning of a Cannabis receptor by Lisa A. Matsuda[8].

The endocannabinoids system will most certainly play an essential part in the future and the single plant that can produce those one-of-a-kind terpenes compounds may well cause a revolution in the pharmaceutical industry and health systems worldwide.

The resin of Cannabis is unique in the vegetal world: the creation of its cannabinoids compounds occurs through a biosynthetic transformation of terpenes and phenols[9] by UV rays in the resin glands of the Cannabis plant called trichomes. These resin glands cover a large portion of the leaves and the flowers to protect them simultaneously from ultraviolet radiation and predators. Significantly, the precise enzymes involved and the entire organic process of the cannabinoids synthesis has yet to be revealed[10].

Terpenes are part of a large family of organic compounds produced by numerous plants; they are the major components of resin, and the primary constituents of the essentials oils of many plants and flowers[11]. More than 120 different terpenes have been identified in the Cannabis plant, and they should be no different from terpenes found in other plants and flowers[12]; however the terpene compounds synthesized in Cannabis resin are unique and the only one possessing a key of compatibility to the human endocannabinoid system.

“The pathway for cannabinoid synthesis is controlled genetically; the Cannabis resin glands are specialized to synthesize high levels of cannabinoids”[13].

Cannabinoids are dimers, relatively simple chemical structures made of two similar molecules, which are formed by the condensation of terpenes and phenols precursors in the resin gland, most certainly in the cell wall of the secretory cavity of the gland. Furthermore, the biosynthesis process of Cannabis is relatively complex despite the resulting simple cellular structure of the cannabinoids; every part of the resin gland plays an important role in the overall transformation of two simple and common compounds. Incredibly, there are over seventy known cannabinoids with different properties within the Cannabis resin as the different combination of terpenes and phenols create a simple molecular structure rich in complexity and diversity.

The genetically controlled ability of a plant to synthesize a custom designed compound for specific receptors of a physiological system created billions of years ago is a marvel of natural selection and evolution.

The fact that we discovered a new and important physiological system within our body, after a seventy-five year ban on the aforementioned plant with over 5,000 years of documented medicinal usage, is a positive progression in our understanding of its relationship with the human body, which opens the doors to exploring its beneficial potential wider than ever before.

“Cannabis is a unique, natural plant that taps into how we work biologically on a very deep level. Thanks to this plant, scientists have been able to decipher the primordial language that nerves and brain cells use to communicate”[14].

The discovery of the billion-year-old endocannabinoids system within our bodies, is a “game changer”; however, it is specific compounds synthesized by only one plant in over 400,000 known species[15]Unfortunately there is a catch as this specific plant is still under a worldwide prohibition based on misinformation around its medicinal value; nonetheless science and knowledge cannot be denied. A new awareness is emerging.

I will conclude this article with a quote from Doctor Sanjay Gupta’s[16] courageous public apology, in his article “Why I Changed My Mind on Weed”: “I mistakenly believed the Drug Enforcement Agency listed marijuana as a schedule 1 substance because of sound scientific proof. They didn’t have the science to support that claim, and I now know that when it comes to marijuana neither of those things are true. It doesn’t have a high potential for abuse. In fact, sometimes marijuana is the only thing that works… We have been terribly and systematically misled for nearly 70 years in the United States, and I apologize for my own role in that.””

This article has been heavily edited due to some of the claims made in it and so not to break the laws in the UK!

[4] The phylogenetic distribution and evolutionary origins of endocannabinoid signaling.

[7] Raphael Mechoulam, born in 1930 is an Israeli organic chemist and professor of Medicinal Chemistry at the Hebrew University of Jerusalem in Israel. Mechoulam is best known for his work (together with Y. Gaoni) in the isolation, structure elucidation and total synthesis of Δ9-tetrahydrocannabinol, the main active principle of cannabis and for the isolation and the identification of the endogenous cannabinoids anandamide from the brain and 2-arachidonoyl glycerol (2-AG) from peripheral organs. Wikipedia

[9] Phenol, any of a family of organic compounds characterized by a hydroxyl (−OH) group attached to a carbon atom that is part of an aromatic ring. Encyclopedia Britannica

[14] The Discovery of the Endocannabinoid System, The National Institute on Drug Abuse inadvertently facilitated a series of major discoveries about the workings of the human brain. By Martin A. Lee http://www.beyondthc.com/wp-content/uploads/2012/07/eCBSystemLee.pdf