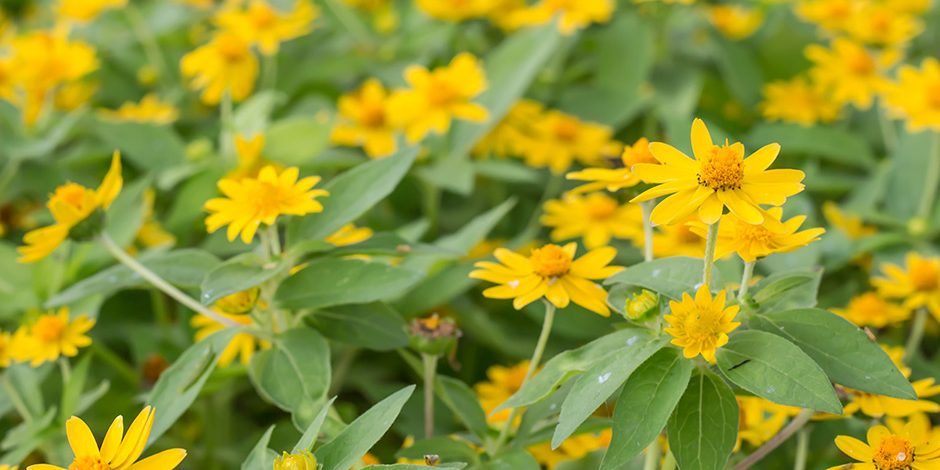 The dried leaves were used as a substitute for tobacco, hence its common name of mountain tobacco.

Arnica is a perennial alpine flower found in the mountains of Europe and Siberia. It is a yellowish flower that resembles a daisy which is why it is sometimes referred to as the ‘mountain daisy.’ Arnica is one of the most well-known traditional remedies. Grow­ing in nutrient-poor soil. It can poten­tially reach a height of up to 60cm, but this is unusual given the harsh conditions at high altitudes. It grows in meadows up to 3,000 metres above sea level, where it is exposed to strong sunlight. The higher the altitude, the more aro­matic the plant will become.

The natural habitat has been encroached upon by agricul­ture. Arnica cannot grow in areas where fertiliser has been used and aerial fertil­isation has had a huge, negative impact on the wild population in the Voges mountains of France. Arnica grows best in moist, peaty siliceous soils and chalk is harmful even in small quantities.

Homeopathic remedies are great dilutions of the substances used to prepare them, so much so that very little or none of the original material can be detected. The principle is that such dilute preparations act upon the body’s own energies. Herbal medicine employs measurable quantities of plant material to benefit the chemistry of the body, similar to modern medicine. In fact many modern medicines are derived from plants and herbal medicine still forms the basis of most of the worlds healthcare

Homeopathic arnica is treated in such a way that dilutes the amount of Arnica left in the solution. As a result of having little and often no traces of Arnica, homeopathic Arnica can be taken internally.

Herbal arnica is made purely from the herb which makes it stronger and faster acting than homeopathic arnica. When herbal arnica is taken internally it can switch off the immune system.

Inflammation is a natural bodily process; it is part of our defence mechanism. When an area of our body is inflamed it causes our blood vessels to widen and become more permeable and activates our immune cells. The immune cells can initiate heat production and help speed up the healing process.

However, prolonged inflammation can become detrimental to our health. Over a lengthy period of time it becomes part of the disease process rather than the healing process. As a result of consistent pain caused from inflammation the affected area starts to deteriorate under the continuous activity of the immune cells.

Generations of Swiss mountain guides chewed arnica leaves to prevent fatigue induced by climbing. The dried leaves were used as a substitute for tobacco, hence its common name of mountain tobacco. The dried flowers promote sneezing, so it was also known as snuff plant. Fall kraut, fall herb and wound herb. The flowers are used as a com­press for sprains and bruises. The bright yellow flowers glisten in the sunshine and can resemble the eyes of a wolf from a distance, hence the name Wolfesgelega, wolf’s eye in German. Leopard’s bane is a reference to its wild beauty and elegance, and independent spirit.

The plants are rich in insulin, a com­pound between sugar and starch that the plants store in their underground organs as a source of energy. The Compositae contain selenium and arnica ash is rich in manganese.