Hemp in California: Proposed CBD legislation put on hold until 2020 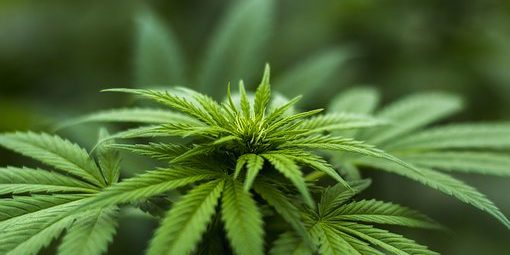 California’s long-awaited legislation to legalize hemp-derived CBD in foods, beverages and cosmetics has been put on hold, rendering it dead on arrival for this legislative session.

The Senate Appropriations Committee put the bill in “Suspense,” a legislative maneuver that means the measure was set aside. Senators could take it up later, but the measure is likely on hold until at least 2020.

The bill stipulates that “a food, beverage or cosmetic is not adulterated by the inclusion of industrial hemp,” including extracts such as CBD.

The measure had been unanimously supported in a bipartisan, emergency push through the state Legislature and was widely expected to be signed into law by Gov. Gavin Newsom.

It would have reversed a 2018 stipulation from California’s health department that hemp-derived CBD can’t be added to foods.

The bill’s author, Democratic Assemblymember Cecilia Aguiar-Curry, said after the bill stalled that enforcement actions by the California health agency and local regulators are limiting residents’ access to the wellness benefits of hemp-derived products and also putting the agricultural industry and ancillary hemp and CBD businesses at a disadvantage.

“This position by the California Department of Public Health has put our state in an Alice-in-Wonderland world, where adult consumers can walk into a licensed marijuana dispensary and purchase all manner of recreational cannabis products, but they cannot legally purchase nonpsychoactive hemp products that they believe can bring them calm or reduce their pain,” Aguiar-Curry said in a statement.

“Without (the bill), we do not have any California standards or consumer-protection measures in place to regulate this market. This leaves our state at a competitive disadvantage, and our consumers with limited options.”

While California was looking to lead the discussion on establishing a framework for legalizing hemp-derived CBD as an ingredient, the delay is not surprising given California’s history and ongoing federal discussion on CBD, according to Michael Bronstein, co-founder of the American Trade Association for Cannabis and Hemp (ATACH).

“As the (U.S. Food and Drug Administration) is formulating policy on CBD, they’re taking a look at some of the patchwork legislation that’s been put in place at the state level and also seeing how states are going to react and making decisions about what they’re seeing in these markets,” Bronstein told Hemp Industry Daily.

Aguiar-Curry said the governor tasked her to work with his staff this fall to resolve concerns regarding food safety related to CBD and rules associated with selling products in marijuana dispensaries.

“I am confident that we will have a bill ready for the governor to sign at the beginning of next year, so that our California hemp farmers and producers of hemp-CBD can take advantage of this new multibillion-dollar opportunity,” Aguiar-Curry said.

Laura Drotleff can be reached at laurad@hempindustrydaily.com