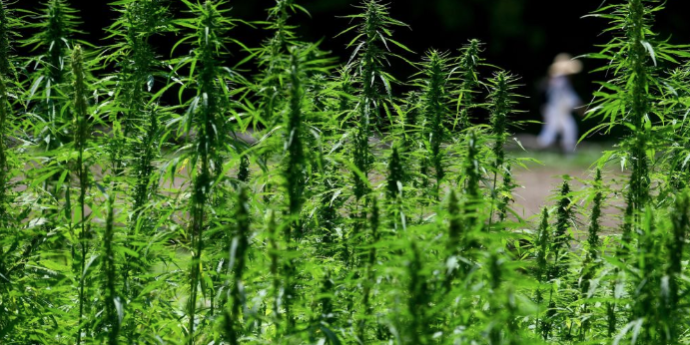 Hemp, a member of the Cannabis sativa family, can trace its uses back to as early as 8000 BCE. Traditionally, the fiber of hemp was widely used to produce items such as clothing and fishing nets, while the oil was applied for cosmetic purposes.

In the 20th century, hemp was determined to be an illegal substance due to its native structure. Hemp is a close relative to the marijuana plant, both indistinguishable in look. Hemp does not, however, boast the psychological effects of marijuana.

As the stigma associated with hemp grew, cotton became the fabric of choice for many textile companies. This ideology has begun to change with the inclusion of hemp in the Farm Bill in 2018, which has opened up exciting possibilities surrounding hemp plant applications.

Environmental sustainability is at the forefront for advocates of the hemp plant. Estimations show that the production of 1 kilogram of cotton in India consumes about 22,500 liters of water; the global average for water consumption for producing cotton, meanwhile, is about half of that: 10,000 liters for 1 kilogram. In general, growing hemp requires significantly less water: approximately 2,700 liters of water per kilogram.

Hemp plants also store atmospheric carbon and allow for nutrients to be introduced into the soil, making it more fertile whereas cotton uses pesticides that can be harmful to the environment and population. Cotton accounts for 16% of the world’s pesticide emissions. Hemp, on the other hand, flourishes without the addition of pesticides.

Hemp production also favors limited land-use in comparison to cotton. Per acre, hemp can produce crops three times the size of cotton. Hemp tends to have a faster growing-time, with an average of 90 to 100 days compared to 150 to 180 days for cotton.

Fabrics produced from the hemp fibers tend to be more durable, stronger, and maintain their form in the stretching process. In its textile form, hemp easily blends with other fibers but is also incredibly versatile; different parts of the plant are suited to various applications in construction, paper, oils, paints, adhesives, plastics, and cooking.

Although there are many benefits to using hemp, there are some major limitations to widespread use. Currently, hemp is not legal in many countries, therefore adapting it is not currently possible. In countries where it is legal, it is still not widely grown, with cultivation figures of less than 1 million acres. These figures are projected to increase as the plant becomes more popular and legalization continues.

Hemp also tends to be more expensive than cotton since it’s a relatively new organic material and not always readily available. The processing time for turning hemp into a fabric is longer than that of cotton since the cycle involves one additional step. This also contributes to the increase in the price tag.

As a fabric, hemp tends to be prone to creasing, which, over time, can alter the shape of the material. If there are errors in the processing process, there can be irregularities in the fabric. Hemp-based fabrics are also prone to shrinkage.

Is Hemp Really a Viable Replacement?

Critics have also found that hemp fabric can be uncomfortable, but Levi Strauss & Co has found a method of softening the hemp fibers for use in their products for a more pleasant wearer experience. The creation of a 69% cotton, 31% hemp blend jacket has led this initiative, and Levi’s hopes that within the next five years they can create garments that are 100% hemp but still maintain the comfort of cotton.

Other companies are going the way of Levi’s like Kings of Indigo. The Amsterdam-based company produces cotton–hemp blended fabrics that contain 25% to 45% of hemp. Additionally, UK bedmaker Harrison Spinks uses its homegrown hemp for mattress fillings.

Hemp is becoming more popular today for many applications due to the benefits associated with it. Although at this stage it can’t fully replace cotton, the increased usage of hemp as time elapses seems inevitable.