Winner Winner – How a competition changed everything 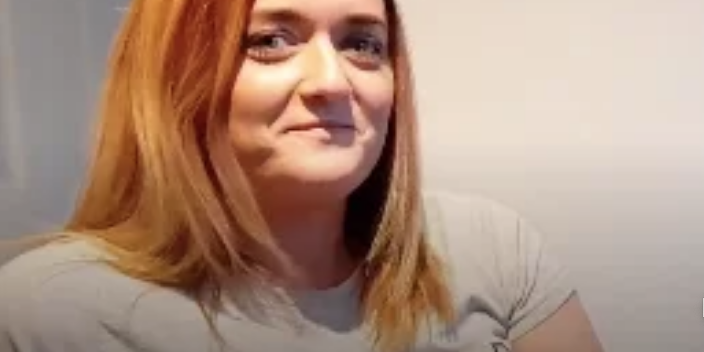 Barely, a day goes by that I don’t see some sort of competition on social media which gives you the chance to win simply by liking and sharing a post. in our instant-fix society, trading data for advertising in the hope of getting a freebie is pretty hard to resist, but it’s not every day that you win something which can genuinely change your life.

For the past two years, Carly Preshur has suffered almost continuously with the symptoms of Fibromyalgia. This condition leaves her with intense pain in most of her body, but the pain is often concentrated in her limbs and can leave her unable to move due to its intensity. This condition can severely limit her ability to live a “normal” life on a day-to-day basis, yet Carly tried to stay positive and still made efforts to live her life to the fullest by doing all the things she loved. Despite her best efforts, sometimes the pain became so unbearable that she would find herself unable to cope.

To make matters worse, Carly had been diagnosed with an underactive  Thyroid back in 2006 and was given a prescription for Levothryxine to help her cope with the excessive tiredness she was feeling. Initially she found that the medication helped to alleviate the symptoms of her condition, but the prescription only lasted for two years and was not renewed at the end of this period despite the fact she was not “cured”.

Despite her frustration with the doctor’s decision, Carly tried to stay positive and learned to cope with the issues that she faced as best she could. It was not until she began to experience additional health issues that her underactive Thyroid became an increasingly apparent issue.

In June 2016, she asked her physician to investigate the intense back pain and issues with her joints which had been causing her discomfort for years. She explained that she had a range of problems which she had to contend with; she indicated that she sometimes found it almost impossible to stand as her feet had become so swollen and that some days she found that her hands locked up with no prior warning. initially, the doctor made the assumption that she was likely to be suffering from Rheumatoid Arthritis but blood tests came back as clear and this was ruled out. With no definitive diagnosis, the doctor felt that the best option was to give Carly painkillers to help her sleep through . the night as the excessive tiredness was causing her her issues to be compounded. Unbelievably, the side effects of the painkillers (which she later learned were actually anti-depressants) was that she felt exhausted when she woke up. Understandably, she felt let down by the way this was handled.

It got to the point thats she was living with a reality that she could be struck down with a new symptom at any moment with no prior warning. She recalls that during one particular family trip to the cinema her hands seized up during . the screening and she was unable to pick up her drink. her husband had to hold the drink up for her and direct the straw to her mouth. On another occasion, Carly had managed to get hold of tickets to go and see one of her favorite bands, The Stereophonics, in concert only to wake up on the day of the gig to find that she was unable to walk or stand easily. She had to miss the concert and lost out on a great opportunity. Despite all of these problems, Carley refused to let her condition define who she was.

Earlier this year, Carly took a chance when she saw a post on Facebook for a local outlet in Belfast, Northern Ireland, which sold CBD products. The shop was offering people the opportunity to win a bottle of high-quality CBD oil. Having seen various pieces in the media over the past few years, she knew that people were singing its praises as a health supplement and she had even tried it for herself previously and found that it didn’t help her greatly. Always happy to give something a second chance, she thought that she had nothing to lose by tapping on the screen a couple of times to get her name in the draw. Like many other people, once she had entered the competition she just carried on with her day and didn’t really give it a second thought.

A week or so later, she received a notification on her phone and upon opening it she was elated to discover that she had been picked at random as the winner. Carly got in touch with the company behind the post and they organized to send her out a bottle of 1000mg pure CBD oil in the post.

Although she was obviously very happy that she was lucky enough to be the winner, she was still slightly skeptical about the potential benefits she might see simply because the oil was more concentrated that what she had tried before. Fortunately for her, the difference was incredible.

Within four days of taking the oil she started to see some amazing results. The pain which had become a part of her daily life seemed to dissipate and she excitedly told her husband that she was feeling that the 1000mg concentration was having a positive impact on her.

He was initially dismissive and said that it was maybe just a coincidence that her pain was less than usual as opposed to the oil having any kind of real benefit. Carly knew that this was a possibility and was keen to ensure that she didn’t get her hopes up for no reason, so she stopped taking the oil. Five days later her pain levels had increased back to the usual levels and she decided to try the oil again. Understandably, she was overjoyed that the pain began to disappear once again.

Overjoyed with the impact that the oil had on her life, Carly passed on her appreciation to the owner of the shop who ran the competition and she organized to purchase more of the oil. Now she used it as her main source of pain relief for her condition and believes that if it wasn’t for the higher concentration of CBD she would never have realized that she could be helped by this type of oil. Whilst the oil has been a huge help for both the pain of her Fibromyalgia and her issue with tiredness by improving the quality of her sleep, there were other aspects of her health which it was less effective on.

After being diagnosed with hip dysplasia, which had been the root cause of much of her back pain, she made the decision to look into the use of topical CBD-based creams and found that direct application on the area of concern helped her take control of another of her ailments. Now she turns to CBD for any number of health issues and has even seen it bring relief to her daughter after she injured her knee playing hockey and used it to help alleviate skin conditions for her son.

Despite all of this, Carly still finds that her family and friends are often skeptical about her use of cannabis-based medicine. thanks to the endless horror stories spread by the tabloids, some of which have become increasingly ill-informed and falsified in recent months, she knows all to well that people are easily misled and it is difficult to change someone’s perception when they get their ideas from an endless stream of nonsense. With this in mind, Carly Preshur hopes that her personal experience can become something which shows that there is much more to cannabis than meets the eye.