Into the Light – A True Spiritual Warrior by PSY-23 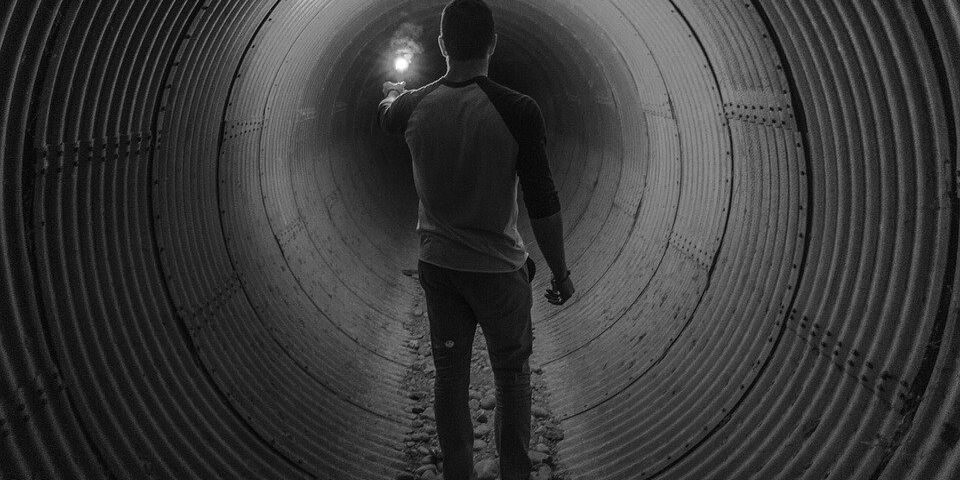 Just over a year ago I had the pleasure of meeting one of our avid readers, Rashid, and learned about their journey towards recovery with the aid of an Endocann-based diet. At the time, they felt that they were beginning to see positive results but many years of addiction and numerous health issues had left their body and mind ravaged to the point that every day was a struggle. They had become a recluse for many years and at the point I spoke with them they had just begun to take the first tentative steps towards reclaiming the life outside of their solitude, yet this effort was marred by their physical complications which led to them being unable to walk for extended periods due to arthritis and respiratory issues. I was struck by their positivity in spite of their challenges and as I left them to reflect on our conversation I knew that I would be back to catch up with them in the future. Sadly, as is so often the case, I lost their contact details and thought that I would never get to gain closure on their story.

Fortunately, out of the blue, an email appeared in my inbox last month which brought a smile to my face: they had got back in touch with the magazine to ask if we could speak again as I ‘wouldn’t even recognise them from last year’. Obviously, I made immediate arrangements to go and visit them at their home.

The moment I walked up the stairs and pulled open the door to their floor of the apartment block I was greeted by a beaming smile and a hearty handshake. Laughing gently, he welcomed me inside and offered me a cup of tea. Rashid seemed taller than the last time we met, but I immediately noticed that he was spritelier in his step and was clearly in much better shape physically; there was more colour in his face and his eyes were bright and alive. We sat down and exchanged pleasantries for a short while, and then he began to tell me about what had happened over the past year.

By taking control of his diet, he had found that many of his health issues had begun to subside and this gave him the confidence to push himself harder than he had before. While he had once walked with a cane and needed to rest every few minutes, he now had a rigorous exercise routine in place involving resistance bands and a home-made gym in his lounge. His weight had dropped dramatically but his new focus on regular exercise meant that he was converting his build to muscle and looking more toned than he had since his youth. Although he still had to be aware of his ailments, they no longer had control of his life and his activities were not dictated by his limitations.

Laughing heartily, he joked about how he had initially stopped smoking cannabis (especially with tobacco) due to respiratory issues but then found that it was returning to smoking that ultimately put the spring back in his step. After a friend came over one day with a bit of bud and sparked up a joint, he had decided to partake in a little smoke and soon realized that he could smoke without too much of an impact on his breathing. One day he was preparing to venture out to catch a bus with his cane in hand and he wanted to relax so he sparked up a joint of Pennywise before he left. As he set off he felt the pleasant buzz rushing around his body and his mind became vibrantly alive. At the bottom of the three flights of stairs he noticed that he had reached the bottom slightly quicker than usual but didn’t think too much of it. He made his way to the bus stop, using his cane initially to help with balance, yet when he reached his destination something occurred to him: he wasn’t aching or out of breath. Motivated by this, he decided to walk to the next stop. As he walked, he picked up his cane and carried it under his arm. He made it to the next stop…and then the next…and then the next. Smiling to himself he realized that he hadn’t even noticed the distance and he was making incredible time. He felt like a changed man.

This seemingly minor trip out to the shops became just one of a huge range of changes he has seen over the past year: whereas he was once a recluse with a failing body, he now enjoys going out for walks around the park or venturing out into town in the hope of making new friends; where he once was scared to engage with other people, he now is involved in support groups in the local area to help other people cope with their own problems; a year ago he had disconnected from cannabis and given up cultivation due to his fear and paranoia, but now he is growing his own, developing his own cross-strains and making extractions to assist his healthy lifestyle. He uses his knowledge to make his own medicine and grow his own vegetables in support of his continued improvements in health.

His main focus on maintaining a strict Endo-Cann diet combined with herbal supplements such as Turmeric and Ginko Bilboa is a driving force in his recovery and he continues to pay devout attention to everything that he consumes. Shakes are the order of the day and his cupboards are filled with flax seed, whey protein, almonds, brazil nuts, shelled hemp seeds, hemp seed oil, black pepper, potatoes, fruit and vegetables and a whole host of other key ingredients. Rashid explained that he has very little waste in his preparations and tends to put fruit and vegetables into the mix whole with their peel intact (he informed me that “peel is nature’s greatest fat burner”). In addition to his shake routine, he swears by Neem tea and topical creams as a way of developing a healthy system and has seen incredible results in the way that it has helped him heal over old scars, signs of aging and blemishes. In combination with CBD oil in the form of tinctures and vaping, he is finding that his body is beginning to heal itself from the inside out and he is a truly remarkable example of what happens if you take control of your life.

As we spoke he extolled his values with endlessly vibrant energy, expressing how this journey from darkness to redemption has allowed him to see what is truly important in life and his hopes are that he can spread the word to others in need. Whatever trials and tribulations you may face in life, the biggest battle is always in the mind and the ability to stand up and fight when it seems like all is lost can never be underestimated. He explained that: “I have seen too many people get stuck in place because of a small physical problem which becomes a huge mental issue. We become over reliant on support from medicine and physical aids and don’t push ourselves to become independent again. If you believe you are incapable of something then you will be incapable – you can only achieve the impossible if you dare to try. My mantra is the old ‘use it or lose it’ and I know that I was getting fat and unfit because I was too scared to go out and reclaim my life. Our whole world is built on convenience over necessity, so it’s no surprise that people give up when things don’t go their way, but we have to keep on fighting the good fight.” As he finished speaking he sprung from his seat and headed to his book shelf to retrieve some of the books which have been a help to him including the work of Thich Nhat Hanh, a monk whose work on mindfulness has been an inspiration.

Rashid reflected on his journey and smiled broadly as he explained how he lives in the moment and enjoys ‘mindful walking’ as a way of overcoming the issues which have plagued him in the past. He feels like he is ‘back in touch with becoming human’ and now he wants to do everything he can to spread the word of how cannabis can be a healer and act as an excellent health supplement. His remarkable recovery has piqued the interest of his local health authority and they have asked him to pass on the information regarding the Endo-cann diet. Laughing, he informed me that it’s funny to him because his doctor was previously so dismissive of his desire to utilize cannabinoids and now they want to know everything they can as they have seen the results. It’s much harder to argue with something when the facts are right there in front of you.

I look forward to staying in touch this time round and I can’t wait to see what the future holds for this truly spiritual warrior.