Hemp to the rescue! 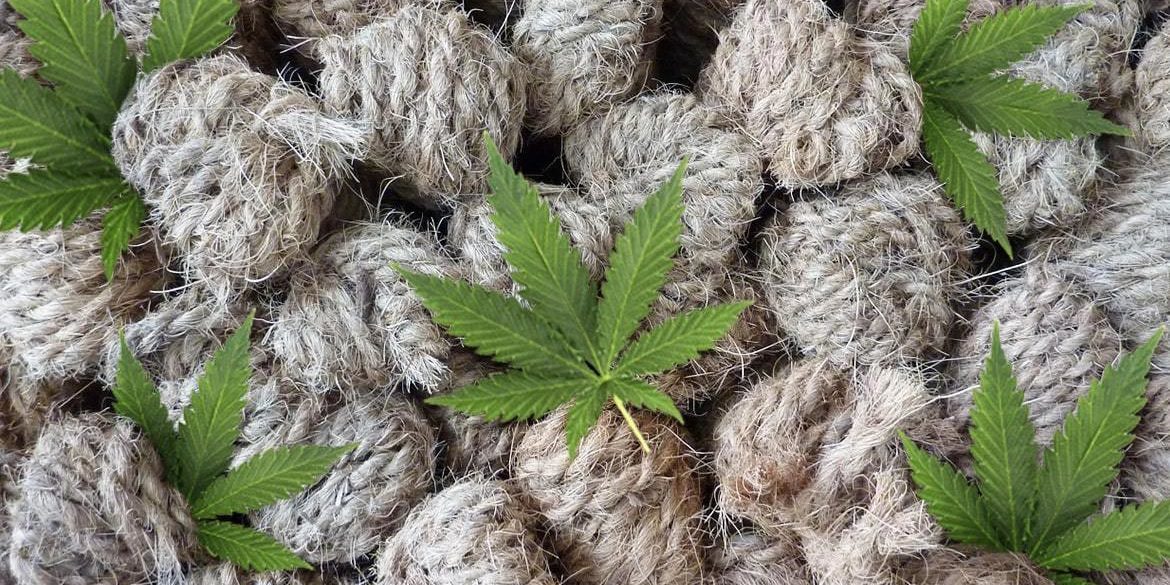 Could the cannabis plant show us the way to a more sustainable, low-carbon construction industry? David Taylor spoke to someone who thinks it can.

Mention ‘cannabis’ and what springs to mind? Whatever it is, it probably isn’t thermal insulation, composite building panels or biodegradable plastic.

But a relaxation in the laws governing the cultivation of cannabis in recent years has opened up opportunities to exploit the many useful properties of the plant – including its potential for producing low-carbon, renewable building materials.

Call cannabis by another name – ‘hemp’ – and the associations are very different. Hemp was once an important crop and widely cultivated in the UK. Before the invention of synthetic fibres, it was hemp from which rope was made – without it, Britannia would never have ruled the waves.

Hemp was also an important fibre for weaving and paper-making. The best quality paper (including banknotes, though obviously not the new polymer ones) is still made from hemp.

As with all crops, there are many different strains of cannabis sativa, and only relatively few contain significant amounts of the psychoactive drug tetrahydrocannabinol (THC). Instead, most varieties have been bred to yield long fibre-rich stems rather than the potent resin-impregnated flower buds known as marijuana.

Recognition of this, and of the plant’s beneficial uses, resulted in restrictions on the cultivation of hemp in the UK being relaxed in 1993. The plant is now grown by farmers all over the country, although its cultivation requires a Home Office licence and is still rigorously controlled.

But after decades of neglect, the market for hemp fibre has largely dried up and commercial applications for the raw material have taken a long time to catch on.

One company that is determined to kick-start the use of hemp in as many applications as possible is Unyte Hemp, whose mission is to “enable the entire UK industrial hemp supply chain and…become the number one ‘go to’ business for everything hemp”.

Unyte Hemp is part of Unyte Capital, a Warrington-based group of companies that started life in 2014 as Waste Recovery Solutions, a business processing demolition waste. Though Unyte Waste remains a core business, the focus of the group’s activities has become the cannabis plant and numerous divisions and subsidiaries have recently sprung up to exploit this raw material in various ways.

Unyte Hemp only started trading in early 2019, says managing director Jamie Bartley. But he and his colleagues – chief executive Gary Stevens-Smith and chief operating officer Craig Brown – had to jump through numerous hoops to get the business up and running.

“Prohibition might have been relaxed a long time ago but the banking industry hasn’t updated itself,” says Bartley. Until 2019 you couldn’t trade hemp stocks and it took Bartley more than two months to obtain a commercial banking licence from Natwest. “That’s why we couldn’t launch properly until February 2019,” he explains.

Unyte Hemp is the main promotional vehicle for the business and while the potential applications for the hemp plant are bewilderingly diverse, one of the most promising markets is construction, says Bartley.

Hemp has been used in construction for some time, he concedes, “but it’s been confined to the ‘hippy’ sector of the industry. I want to marry a knowledge of hemp with mainstream techniques so it gets a wider audience.”

Although building techniques that employ hemp are well-established, you’re still more likely to encounter them in experimental projects, especially in the self-build market, than on a tier-one construction site.

Hemp’s environmental sustainability is its major selling point. It is easy to grow, even on poor soil, and is ready to harvest in just four months. Like all plants, it absorbs carbon dioxide from the atmosphere as it grows and, because it requires very little energy to process, it can help save money, conserve fossil fuels and reduce carbon dioxide emissions.

Another useful characteristic of hemp is its ability to absorb contaminants from the soil, meaning that it can be used as part of the land remediation process.

In construction, hemp fibre performs well as a thermal insulation product and is very durable, making it suitable for loft, and even cavity wall, insulation. It is naturally anti-microbial, highly resistant to decay and free of harmful materials and chemicals.

But the product that has probably attracted the most attention is Hempcrete, a material developed over 20 years ago in France, where it is called Isochanvre.

Hempcrete is essentially a by-product of hemp fibre production, combining the woody pith or ‘shiv’ of the plant’s stem with hydraulic lime and water to produce a bio-composite with the consistency of porridge.

Rather like actual concrete, the Hempcrete mass is poured into wooden shuttering, lightly compacted and allowed to cure and dry. Because it is not as strong as masonry, Hempcrete is usually used in combination with a timber structural frame around which the formwork is built to produce external walls, typically about 450mm thick.

One of the first applications of this technique in the UK was the construction in 2002 of two hemp houses as part of a development of 18 properties erected in the town of Haverhill for social housing provider Suffolk Housing Society.

The hemp houses were built alongside two conventional brick-and-block houses of a similar design and engineers from the Building Research Establishment (BRE) in Watford used these as a benchmark against which to assess the Hempcrete.

Studies of the completed houses revealed thermal performance to be comparable to that of the masonry cavity-wall houses next door. One surprising feature, though, was that the Hempcrete structure had very different acoustic properties and tended to deaden sound inside the building.

As the lime-based material is more “breathable” than modern gypsum plaster, the hemp houses were also found to suffer less condensation than their conventional counterparts.

One of the disadvantages of hempcrete is the time it takes to cure – several weeks compared to just a few hours for concrete – and wet weather further retards the drying process. This has led to the development of off-site prefabricated panel systems, notably by Abingdon-based Greencore Construction Group in partnership with the University of Bath.

The Greencore product is a faster-drying mix of hemp and lime which is combined with wood fibre to produce 300mm-thick prefabricated panels that have sufficient structural strength for buildings up to three storeys.

This is the sort of product that Unyte Hemp’s Jamie Bartley would like to see more of and his company is working in partnership with five UK universities to research the material’s potential and develop more efficient ways of exploiting its properties.

Each of the universities (Liverpool John Moores, Salford, Cranfield, Aberystwyth and the Bio-composite Centre at Bangor) is focusing on a different area of development in collaboration with Unyte. These include a fully-compliant hemp-based loft insulation, a biodegradable polymer from which poly beads for cavity-wall insulation can be made, and a “carbon-positive” composite board similar to MDF. John Moores University is even exploring the production of graphene from hemp-derived cellulose.