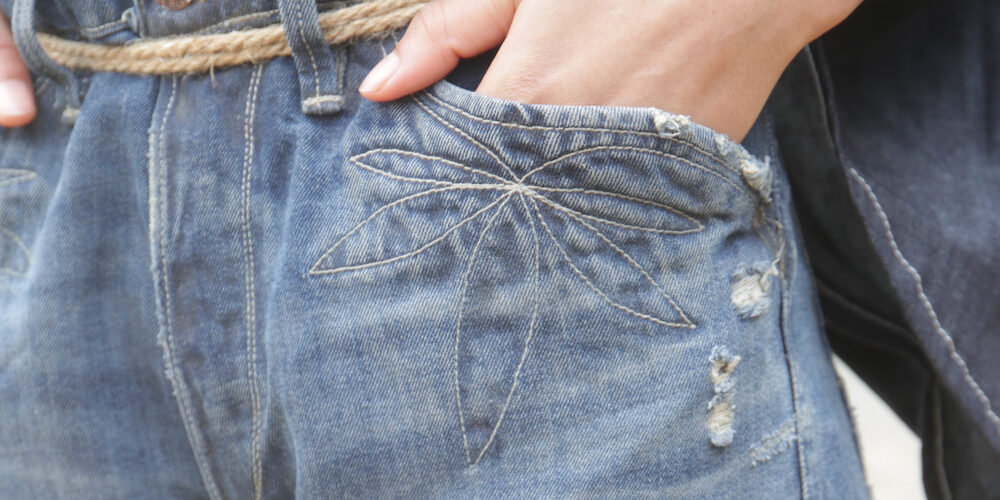 It’s worth questioning whether hemp would soon eclipse cotton as the favourite fiber of the fashion flock.

With the news that Kontoor Brands, parent of jeans mainstays Wrangler and Lee, is expanding its collaboration with Panda Biotech, an emerging leader in the industrial hemp fiber industry, the stage is set for a new fiber to take the spotlight.

The denim maker and hemp fiber producer said they will work to bring traceability and scale to the textile-grade cottonized hemp grown and processed in the United States, adding to the latter’s new partnership with Pakistani mill AGI. With a plethora of brands recently introducing collections showcasing hemp and hemp blends, often with cotton or other natural fibers such as Tencel, it’s worth questioning whether hemp would soon eclipse cotton as the favorite fiber of the fashion flock.

The answer seems to be: Not so fast.

“We are focused on hemp as a complementary fiber to cotton in terms of performance and additional properties that make it ideal for combining with cotton to create strong, comfortable apparel,” a Kontoor Brands spokesperson said. “As we and others in the industry continue to adopt hemp as an alternative fiber option, economies of scale will help to reduce the price of hemp, making it a more attainable fiber option for apparel.”

Hemp prices are said to be anywhere from 1.5 to 10 times as expensive as cotton, so it is not yet competitive with the “Fabric of our Lives,” but the interest is there for its environmental benefits–lower water usage and ability to grow in arid lands among them–and its moment as fashion’s fiber du jour.

Since it’s not yet readily available in the U.S., imported qualities and environmental standards vary. China is both the largest grower of hemp fiber as well as the biggest producer of hemp textiles. However, the process of converting hemp into fiber form is one of the most polluting. Chemical baths separate the fiber from its woody core and therefore offset the benefits of using the otherwise sustainable crop, according to Geoff Whaling, chair of the U.S. National Hemp Association.

Cotton prices, on the other hand, have been relatively stable and easily traceable, as the commodity is traded on the Chicago Mercantile Exchange and grown and cultivated around the world. U.S. spot cotton prices averaged 80.94 cents per pound for the week ended April 22, according to the U.S. Department of Agriculture. That was up from 78.25 cents the previous week and from 49.75 cents reported a year earlier.

However, cotton’s trade commodity status also makes it more susceptible to outside forces.

“Cotton prices were already trending lower when the U.S., the EU, U.K. and Canada issued joint sanctions on a few Chinese individuals accused of human rights abuses on March 22,” Cotton Incorporated said in its monthly report for April. “Relative to the ban on Xinjiang content that the U.S. imposed on Jan. 13, these sanctions can be viewed as largely symbolic.  Nonetheless, the announcement provoked a reaction in China, triggering boycott efforts against several western apparel companies. Following these developments, there were steeper declines in cotton prices.  These losses may have been driven out of concern for the trade relationship between the U.S. and China,” which accounts for 32 percent of the current U.S. export commitment for 2020-21 delivery, and China has taken 39 percent of U.S. shipments so far this crop year.

“In order to pay homage to the history of hemp, we brought together a group of companies who we knew could deliver both the quality, innovation and environmental integrity that the sustainable denim wardrobe projects demand,” said Michael Kininmonth, project manager at Lenzing.

“The interest in hemp has evolved the past several seasons as brands and mills seek low impact and scalable fiber blends,” Tricia Carey, director of global business development for denim at Lenzing, said. “Like many aspects of our industry there is not one directive for change–it is one small step here and one there. When Levi’s launched its cottonized hemp collection in 2019, it peaked the interest of the denim industry at a mass level. For farmers, they are seeking crop alternatives with low risk and high return. As a society, the legalization of hemp in various states and the 2018 Hemp Farming Act also increased the development and access to hemp like the investment in Panda, USA.”

Hemp is indeed becoming a buzzword in the denim industry. Along with Levi’s expanding its use of cottonized hemp this spring, brands like AG and Weekday have introduced jeans made with the fiber. At Kingpins24 last week, AGI Denim and Crescent Bahuman Limited presented hemp-based fabric collections as well.

As Kontoor and Panda Biotech work toward the commercialization of domestically grown and processed hemp, the companies are focused on achieving traceability from farm to product. Panda Biotech’s executive leadership has developed 22 projects representing approximately $12 billion in invested capital. The company is developing large-scale, industrial hemp gin facilities. Panda’s first facility, the Panda High Plains Hemp Gin, is located in Wichita Falls, Texas, and will be operational in March 2022. It will be the largest hemp processing and cottonization facility in the Western Hemisphere and believed to be the largest in the world.

According to the National Hemp Association, the cloth that hemp makes may be a little less soft than cotton, although there are also special kinds of hemp or ways to grow or treat hemp, that can produce a soft and “much stronger and longer-lasting” fabric.

Through the Panda Biotech collaboration, Kontoor Brands plans to have U.S. grown and processed hemp in market in its denim apparel by 2023. That could be a game changer, particularly in the jeans sector and in Made in America textiles and apparel efforts.

It could take five to 10 years for the hemp industry to catch up to cotton’s second-place fiber market share behind polyester, although industry observers noted that hemp’s natural affinity for blending with cotton could be mutually beneficial.

On the other hand, give fashion’s often fast-paced and fickle nature, hemp could be a real player sooner than many think.

How is CBD for pets different from CBD for humans?
18th May 2021