For the first time ever, Florida is regulating CBD products 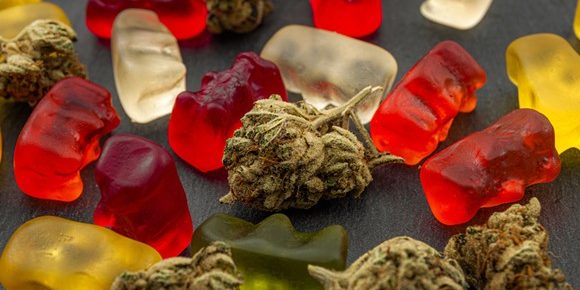 The items – including gummy bears, chocolates and dog treats – are part of a national mania for CBD, a non-euphoric compound derived from cannabis plants.

And they’ve been sold for years without any governmental oversight in Florida, until last week.

Fried, a Democrat, made all things cannabis a cornerstone of her successful 2018 campaign for the state Cabinet seat.

That same year, Congress passed a law that took hemp – defined as cannabis that has less than 0.3 percent of euphoria-inducing THC – off the list of controlled substances and gave states the authority to regulate hemp and related products.

Florida lawmakers during the 2019 legislative session put Fried’s office in charge of establishing the regulatory structure for hemp, along with products containing CBD being sold at gas stations, grocery stores and flea markets.

The landscape shifted in Florida’s CBD world the day the new rules went into effect.

Until recently, as demand for CBD products skyrocketed, Florida’s attorney general, agriculture commissioner and health officials – as well as most law enforcement entities – insisted the non-euphoric cannabis products existed in a legal “gray area” that none of the regulators had the authority to police.

That’s no longer the case.

“Prior to these rules being adopted and taking effect, we didn’t have regulatory authority. Now we do, and we have that up and going so that we can make sure consumers are protected,” Fried’s cannabis director, Holly Bell, told The News Service of Florida on Monday.

Fried’s inspectors have fanned out across the state to make sure retailers are complying with the new rules, which address issues such as pesticides, how packages are labeled and the inspection of products sold or produced in the state. The hemp rules include “ingestion,” or “the process of taking food into the body through the gastrointestinal tract through eating or drinking.”

Fried “has grave concern” for Florida consumers, and “wants to be able to protect them,” Bell said.

That’s why she pushed the Legislature to allow her to take advantage of the federal law permitting regulation of the industry.

“(Inspectors) are going out, looking at what’s on the shelf and if you are not compliant with those labeling laws, you will be given a certain amount of time to become compliant,” Bell said.

Retailers, who now have to pay Fried’s department $650 to sell products with CBD, will have between 30 and 45 days to comply with the law, Bell said.

Some retailers are embracing the new regulations.

While the inspectors were there, a customer who had purchased an item from another store came in, Guy said.

The item, which had no expiration date and was more expensive than a similar item that Guy had on her shelves, “was really sketchy,” she said.

Guy said she welcomes the new rules because they could help ensure consumers’ safety by ridding the market of unregulated retail products.

“I hope they do yank them too because there are a lot of really bad products out there,” she said. “You don’t know where the CBD’s coming from. It could be China. It could be junk. … We don’t even know. If you’re putting something in your body, it should be a good product.”

But some retailers aren’t as prepared.

Some vendors with a smaller inventory “may find it challenging” to discard items that aren’t in compliance with new packaging requirements, according to lobbyist Jeff Sharkey, who represents the Florida Hemp Industries Association.

“The question’s going to be whether or not there’s going to be any enforcement or inspection of that inventory,” Sharkey said in an interview.

The new regulations will require “a tremendous amount of education” for retailers, producers and consumers, he added.

“This is a whole major industry that’s now coming online in Florida. It’s a big state. And CBD is very popular. So yeah, it will take a major effort from not only from the Florida Department of Agriculture and Consumer Services, but a lot of people in this industry,” Sharkey said.