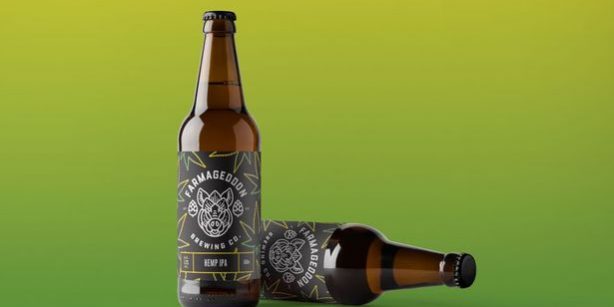 The first batch was 1,800 litres and it’s nearly all gone!

The Hemp IPA is being produced by the company, with the juice and pulp, from a farm in Monaghan, it contains the CBD associated with cannabis but only tiny traces of the THC contained in the illegal drug.

Their first batch was made with 10 litres of hemp juice and 20kgs of hemp pulp.

Eoin Wilson, stated “The two plants are actually genetically related and would have smells and aromas that are similar depending what hops you are talking about.

“The hemp would be more like your Simcoe or Columbus hops, that piney, resinous. What it was about for us was making an old school really hoppy IPA. There’s been a trend lately towards sweeter New England style IPAs, but this is definitely more bitter and dry. The hemp certainly added flavour and bitterness. On the IBU [beer bitterness] scale it’s 50, but it tastes more like 70.

“But it’s a lovely beer and it’s been selling like hot cakes. The first batch was 1,800 litres and it’s nearly all gone. But we’re planning another batch of about 2,000 in the next few days.”

The brewers worked with Kama Hemp who are based near Clones and say their juice is the only organic hemp juice in Europe.

They use an industrial wheatgrass juicer to extract the juice which some people use in drinks like smoothies. The pulp not used can be turned into material like insulation for houses.

Eoin added: “They wanted somebody to make beer with it, but no one seemed interested until we got in touch. They were very excited when we rang. We experimented with the juice and ended up with the 10 litres and 20 kgs of pulp going into the brew.”