CBD, What is it?- Words By Jeff Ditchfield 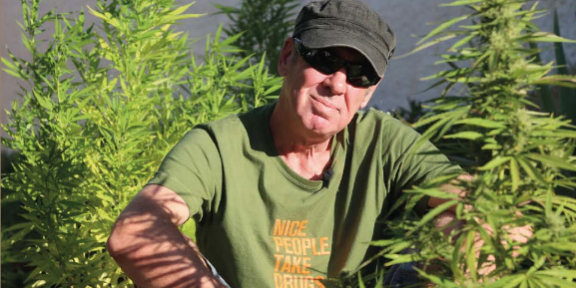 Everyone has heard of CBD and today, with all the media hype and marketing, it is hard not to have heard something about it. Even your Grandparents will have heard positive things about CBD, but what are the authorities saying?

As the well-informed readers of Weed World know, it is just one of over 100 cannabinoids produced in various amounts by plants of the genus Cannabis and sometimes I think everything was much simpler when all cannabinoids were viewed as ‘illegal’, life seemed simpler back then.

Since the World Health Organization (WHO) Expert Committee on Drug Dependence (ECDD) recommended earlier this year to the United Nations that preparations containing pure CBD should not be scheduled within the International Drug Control Conventions, many jurisdictions throughout the World have issued new laws and regulations.

The WHO recommendation stressed that (unlike THC) CBD is non-psychoactive and “does not exhibit effects indicative of abuse or dependence potential” concluding, “CBD is generally well tolerated with a good safety profile. The ECDD proposed that preparations considered to be “pure” CBD should not be scheduled within the International Drug Control Conventions adding a footnote to the entry for “cannabis and cannabis resin” in Schedule I of the Single Convention on Narcotic Drugs, “Preparations containing predominantly cannabidiol and not more than 0.2% of delta-9-tetrahydrocannabidiol are not under international control”

What does this mean? There seems to be a lack of consensus regarding the ECDD recommendations, some Governments and States have amended their domestic laws by permitting the sale of products containing a maximum of 0.2% THC, some, like the UK have accepted that pure CBD is legal but no level of THC is permitted and others are treating CBD as an illegal cannabinoid. Where does this leave the consumer?

Since the early 1970’s in the majority of jurisdictions throughout the World cannabis has been classified as a Schedule I drug deeming it to have “no currently accepted medical use and a high potential for abuse”. However, of the 100+ cannabinoids identified in most jurisdictions only a handful of cannabinoids in their pure form are banned.

The WHO announcements have led to regulatory bodies and watchdogs in Europe and the USA to take a more proactive approach and we can assume that with products containing cannabinoids becoming more popular more regulations and guidelines will follow.

Laws that protect the consumer and general public are to be welcomed, but surely regulations should be sensible, based on science and applied fairly. So how should products containing CBD be classified? In the USA if a CBD product makes medical claims it comes under the jurisdiction of the Food and Drug Administration (FDA)

In Europe and the UK things are equally confusing as British and European food agencies have classified CBD as a ‘novel food’, and Britain’s Food Standards Agency (FSA) has declared that a product is “a novel food if it cannot be shown to have been in long term and safe use before 1997”.Under European law, food that has not been consumed to a significant degree by humans in the EU prior to 15th May 1997 is to be considered as “Novel Food” and subsequently subject to stricter controls than regular foods (Regulation (EU) 2015/2283).

A ‘Novel Food’ according to the EU is “a newly developed, innovative food or a food produced using new technologies and production processes”. The European Commission has classified CBD as a Novel Food by declaring that there is no significant history of CBD use in Europe prior to 1997. However, the Commission goes on to say that there is substantial evidence that hemp seeds, hempseed oil and hemp seed flour have a history of consumption throughout Europe prior to 1997 and therefore, are not novel but if cannabinoids are added as an ingredient then they are novel.

That is not exactly straightforward, but quite simply, as a result of this change, the European Commission now regards extracts and products containing CBD as novel food and although the EU Novel Food Catalogue is not yet legally binding many EU member states are using it as an authority to restrict the supply of foods and food supplements containing cannabinoids.

The UK Food Standards Agency (FSA) has declared “The FSA accepts the clarification from the EU that CBD extracts are considered novel foods. We are committed to finding a proportionate way forward by working with local authorities, businesses and consumers to clarify how to achieve compliance in the marketplace in a proportionate manner”.

Manufacturers and retailers of CBD products making medicinal claims in the UK are subject to the authority of the MHRA (Medicines and Healthcare products Regulatory Authority) and the agency is encouraging individuals to report products on their website www.mhra.gov.uk via their Yellow Card Scheme. The US position

It is not just the UK Government agencies that are taking a more proactive approach. In the USA the Food and Drug Administration (FDA) and the Federal Trade Commission (FTC) have taken action in relation to companies selling CBD products. In March this year, the agencies sent warning letters to three companies who advertised products “in a way that may be in violation of the Federal Food, Drug and Cosmetic Act as well as the Federal Trade Commission Act”.

Some US manufacturers and retailers seem to think that they can avoid the attention of the FDA and the FTC by advertising their products as “dietary supplements” however, the FDA website www.fda.gov clearly states; “Based on available evidence, FDA has concluded that THC and CBD products are excluded from the dietary supplement definition under section 201(ff)(3)(B) of the FD&C Act.

Under that provision, if a substance (such as THC or CBD) is an active ingredient in a drug product that has been approved under section 505 of the FD&C Act, or has been authorized for investigation as a new drug for which substantial clinical investigations have been instituted and for which the existence of such investigations has been made public, then products containing that substance are excluded from the definition of a dietary supplement”

Irrespective of the classification of CBD the industry needs to ensure that their customers are protected by basic consumer laws and regulations relating to the labelling of their products. Mike Harlington of the UK organization the Cannabis Trade Association said “Since its inception the CTA has ensured that member companies products must ‘say what they are and be what they say’.Part of the problem is of course homogenous testing simply does not exist in the industry, you can send samples to six different labs and get six totally different results because there is no standardization of preparing samples.

Many manufacturers claim a net weight of CBD content for their products but the reality is often much less than what they declare, this is not just a problem in the UK and Europe, it is a problem throughout the CBD industry Worldwide. Another major problem is misrepresentation, many products containing CBD isolate as their active ingredient are often labelled and marketed as “full spectrum”, the CTA is introducing regulations and standards to give customers and the general public confidence in our members products.

The cannabis industry in the UK and indeed Worldwide needs to wake up and put in place a set of proper standards and above all else rigorously stick to them”.In a 2017 study in the USA of 84 CBD products purchased over the internet researchers concluded that “Less than half of the products had in them what they said they had in them”.