CBD in the UK: What industry players make of the new food rules 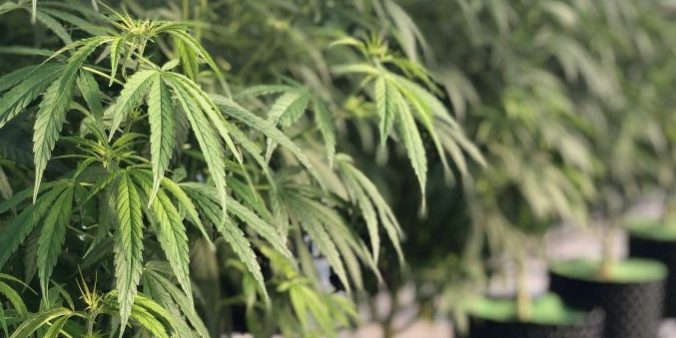 The United Kingdom became a trailblazer in national CBD regulation earlier this month when its Food Standards Agency (FSA) set a deadline for the industry to apply for European Union safety evaluations as a “novel food” and also provided consumption guidelines to consumers.

The UK guidelines, which do not apply to Scotland, came a little more than a year after the European Union added hemp extracts and hemp-derived products containing cannabinoids – including CBD – to a list known as the Novel Food Catalogue.

The catalogue indicates whether a product will need authorization before being allowed on the market.

The UK market for CBD products is robust compared to other European markets, totaling 290 million pounds ($374 million) at the end of 2019, said Nate Erskine, the head market analyst at CBD-Intel, a company that provides hemp market data and analysis.

The CBD market in the United Kingdom has grown at double digits and is expected to fall just short of 1 billion pounds in 2025 – roughly equivalent to the entire UK herbal supplement market in 2016, according to a June 2019 report from the Centre for Medicinal Cannabis.

According to an October survey of 3,100 Europeans conducted by New Frontier Data:

The FSA announcement is good for the industry and will increase trust in CBD products, according to CBD-Intel analysts.

“You can draw parallels to other burgeoning consumer-product markets where you see numerous operators move in and start up,” said Freddie Dawson, CBD-Intel’s head of content.

He noted that many companies have been attracted by the opportunity to make a quick buck.

“Increased regulatory scrutiny usually signals closing time for most of these dodgy operators, and we’ll probably see a few brands that exit in some fashion rather than deal with ‘novel food’ applications,” Dawson said. “Clarity and scrutiny from the FSA will lead to a better product.”

Not all European hemp advocates were enthusiastic about the FSA announcement.

The European Industrial Hemp Association, a longtime critic of the novel foods definition, applauded the agency’s initiative in setting standards but argued that low-concentration CBD products shouldn’t be considered novel foods based on the FSA’s own definition.

The association’s members agreed last year to submit a joint application for novel food authorization and will submit a range of CBD extracts to both the United Kingdom’s FSA and the European Food Standards Agency (EFSA).

The UK-based Cannabis Trades Association has a similar position.

The nonprofit group, which represents roughly 1,100 members and 5,000 retailers from 23 EU-member states as well as the United States and Canada, said it welcomed a route to compliance but maintained that nonisolate and nonsynthetic CBD products do not fall under the scope of the EU’s novel food schedule.

“Although we do not agree in full with all that is being proposed, we believe it is a positive step toward ensuring consumer safety and that CBD will be on the shelves for many years to come,” the association said in a Feb. 14 statement.

Joining the chorus is the British Hemp Alliance – a nonprofit lobbying group of farmers, businesses, hemp advocates and independent nonprofits.

“There is clear evidence across Europe that hemp flowers have been consumed in our diets for hundreds of years,” the alliance said.

The British Hemp Alliance cited a June 2018 report from the World Health Organization that suggested cannabidiol was safe for general consumption.

In that report, the WHO observed that CBD was “generally well tolerated with a good safety profile.” WHO Director-General Tedros Adhanom Ghebreyesus later said pure CBD preparations should not be scheduled within the International Drug Control Conventions.

Applications for novel food authorization have been a top priority for all CBD companies looking to sell their products in Europe, including Australia’s Elixinol Global.

“Our team in Europe has been heavily invested in what it takes to submit a novel foods authorization application,” Leif Harrison, Elixinol’s CEO for the Americas, told Hemp Industry Daily.

Under the FSA announcement, authorization applications must be submitted by March 2021.

Notably, the agency said that no enforcement action will be taken on existing CBD products before the deadline, so long as the products:

Britain’s departure from the European Union adds another layer of complexity to food-safety rules and how cannabinoid-containing products might be regulated moving forward.

The United Kingdom officially left the EU at the end of January but has until Dec. 31 to negotiate and finalize its post-Brexit trade relationship with the bloc.

“It is exceedingly unlikely that CBD as a stand-alone topic will feature anywhere in the (post-Brexit trade) negotiations,” Dawson said.

Any novel food authorization application for a CBD food made before the end of the Brexit transition period will need to be submitted to the European Commission and optionally to the FSA, according to London-based legal experts Adela Williams and Jeremy Willcocks of the international law firm Arnold & Porter.

The application will need to include:

After the transition period ends, all applications must be sent to the FSA.